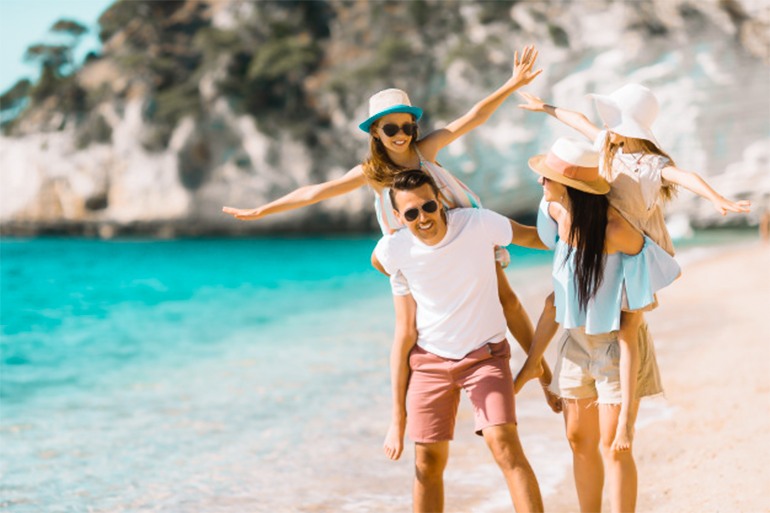 While tax havens have gotten a bad rap in the press recently, there are plenty of genuine and legitimate uses for them. Wealthy companies and individuals routinely use tax havens to legitimately protect their assets, for ease of transacting and for legitimately reducing their tax obligations. Tax havens and offshore financial centres serve a critical role in keeping the global economy well-funded and reducing friction in economic activity.

To help you get an idea of some of the options available to you, we’ve created our list of the world’s top offshore tax havens. These jurisdictions appear in no particular order and some are more advantageous than others; however, all of them do also offer the option of Citizenship by Investment along with highly efficient tax environments. To understand the benefits of citizenship by investment and a 2nd passport such as freedom of movement, visa free travel and other privileges, please see here.

A welcoming and idyllic island nation in the Caribbean, Grenada is also an excellent choice as a tax haven. The country is politically stable and has a world class financial system and regulations in place. A member of the British Commonwealth and the United Nations, Grenada boasts excellent infrastructure in terms of roads, highways, electricity and telecommunications. Its legal system, which is based on English law, has international respect and recognition.

As a tax haven, Grenada is an excellent choice with no wealth, gift, inheritance, foreign income or capital gains tax. The country also provides a favourable business development environment with the local currency being pegged to the US Dollar.

E2 Treaty Investor Visa for the US: Those who choose to become citizens of Grenada by investment also benefit from the ability to obtain investor visas to the United States under the terms of the E2 Treaty to which Grenada is a signatory.

Grenada is the only country on this list to be a signatory to this treaty and E2 investor visa holders enjoy the right to live and work in the United States and operate substantial business interests in that country. Grenada also allows for dual citizenship without restriction, which allows investors a great degree of freedom.

Another Caribbean island nation, St. Lucia is part of the Windward Islands. Named after the Roman Catholic saint, St. Lucy, the island is famed for its two volcanic mount caps, which is now a World Heritage site.

A member of the British Commonwealth and the United Nations, St. Lucia is home to a well-respected legal system based on English Law. The country is a member of various other international bodies including the WTO and the Non-Aligned Movement and its system of government is based on the British parliamentary system.

St. Lucia is an economically, legally and socially stable country with a highly efficient tax environment. No taxes are levied on wealth, gifts, inheritance, foreign income or capital gains. Its currency is pegged to the US Dollar, offering a good environment for business development. St. Lucia also offers a respected citizenship by investment programme.

A Caribbean federation of two nations, St. Kitts and Nevis is a member of the British Commonwealth and is a legally, economically and socially stable country with a respected legal system.

In addition to offering an attractive citizenship by investment programme, St. Kitts and Nevis is also an excellent choice for an offshore tax haven. A liberal tax regime ensures that no taxes are applicable on income, capital gains, gifts, wealth and inheritances.

Businesses also enjoy a friendly environment and duty-free trading within the Caribbean.

Officially known as the commonwealth of Dominica, this lusciously green island nation in the Caribbean is another excellent choice for offshore tax haven operations. In addition to this, Dominica also offers an attractive citizenship by investment programme.

A legally, socially and economically stable country, Dominica’s tax environment is highly favourable ensuring wealth, gifts, inheritances, foreign income and capital gains are all tax free. Its currency is also pegged to the US Dollar, ensuring a stable environment for business.

Lying between the Caribbean Sea and the Atlantic Ocean and consisting of two major islands and a number of smaller ones, Antigua and Barbuda is one of the Caribbean’s most prosperous nations. Its prosperity is built on a thriving tourism industry and a highly respected and sophisticated offshore financial services sector.

This, along with the fact the country is highly stable politically, socially and economically, make it an ideal choice for an offshore tax haven. It’s respected citizenship by investment programme also make it a great choice for a 2nd passport.

Income, capital gains, gifts, wealth and inheritances are all tax free in Antigua and Barbuda.

While by no means one of the best tax havens on this list, the Mediterranean island of Cyprus, by virtue of being a member of the EU, provides massive stability and credibility. Its corporate tax rate is only 12.5%, which is one of the lowest within the EU. Low rates and various exemptions and incentives are also available for personal income.

Cyprus is also one of only two EU jurisdictions that offer a standardized path to citizenship through investment.